In the latest edition to the StoryFutures Academy Masterclass series, we present this virtual session with Mathias Chelebourg, giving us an overview of his career to date, and sharing his insight into the world of immersive storytelling and working across multiple XR forms. 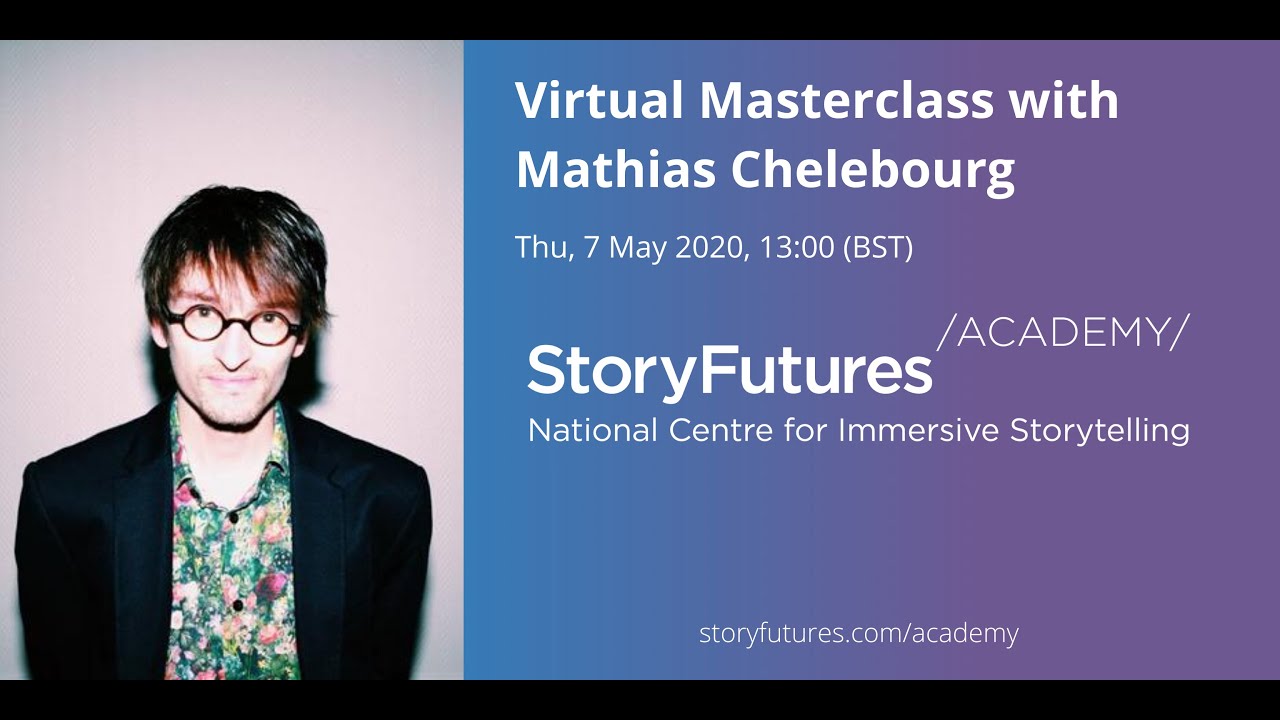 Mathias Chelebourg is a French director, captivated by innovation and the exploration of immersive technologies.

He started his career working as an assistant film director, across digital advertising and documentaries with a keen focus on narrative and technical experiments. When he discovered virtual reality in 2012, he managed to convince luxury brands such as Dior to enter the race. It is this same creative energy that later enabled him to co-achieve his first success in virtual reality, 'Alice, The Virtual Reality Play' (2017), co-created by Marie Jourdren and produced by DVgroup, and exhibited at Cannes and Venice.

In 2018, 'The Real Thing', a 360 video documentary film co-directed with Benoit Felici was released, alongside 'JACK', the VR immersive theatre piece in collaboration with Baobab Studios, voiced by Oscar winning actress Lupita Nyong'o. In 2019, Mathias directed 'Dr Who VR The Runaway', co-produced by the BBC and Passion Pictures, which was selected for the VR competition at the Annecy International Film of Animation Festival.