Taking traditional media skills to the next level

It’s no secret there is a yawning gap in skills for the immersive technology sector.

Bootcamps offer industry professionals a chance to upskill into the world of immersive technology and is designed to give participants from film, TV, games and theatre backgrounds an in-depth introduction to storytelling through VR, AR and MR. Attendees then go on to paid placements with immersive production companies for on-the-job training. It’s all part of StoryFutures Academy’s strategy to equip the creative sector with world-leading immersive technology skills and establish the UK as a global industry leader.

Steve Shannon, an established creative director with over 15 years’ experience working in television, advertising and marketing for clients including Sky, MTV and News International, was one of the first to complete a bootcamp. This led to a 3-month placement with immersive studio REWIND, creating innovative digital content for some of the world’s biggest brands.

From working with immersive content creators in the 2-day bootcamp to putting new technology skills into practice on ground-breaking projects at REWIND, Steve describes the experience as ‘utterly invaluable’. 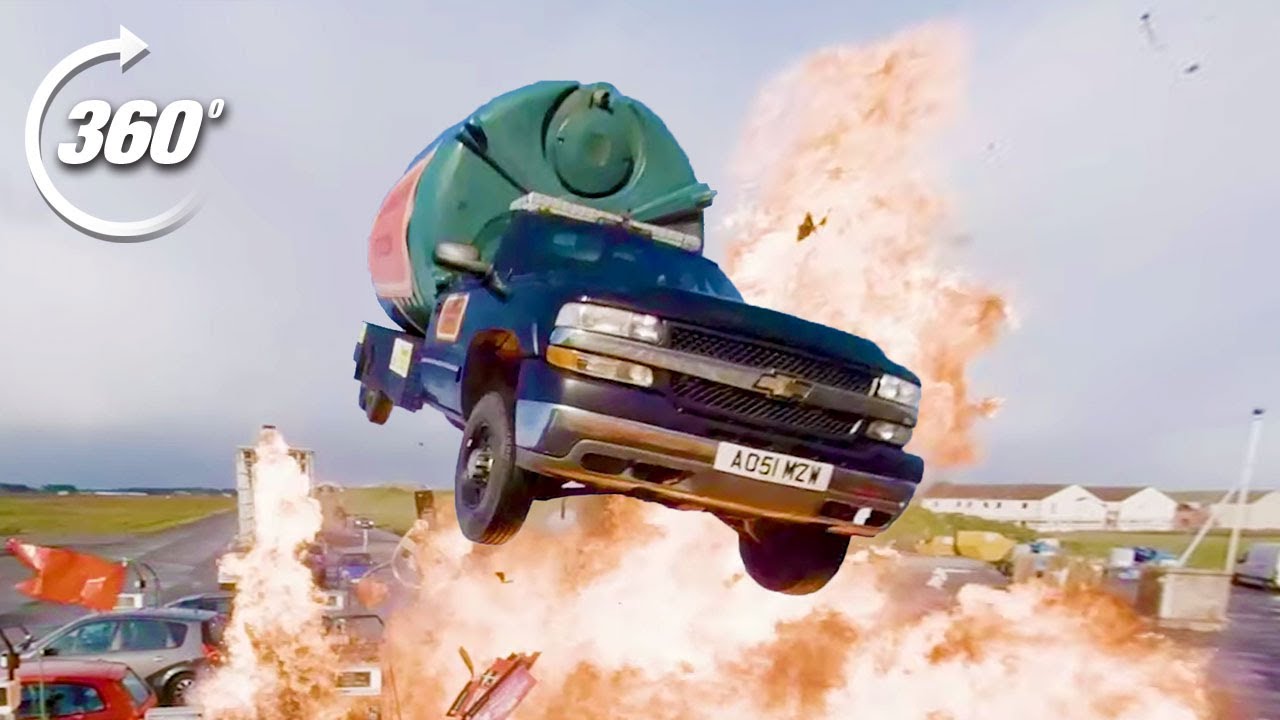 ‘In the bootcamp we met several immersive content producers who took us through their creative thought processes, from why they had made specific content to how they had made it and what its uses were. We also had a day of workshopping content where we learned about agile working, very different to our way of operating in TV but totally necessary for VR production.’

In the bootcamp we met several immersive content producers who took us through their creative thought processes, from why they had made specific content to how they had made it and what its uses were.'

He explains that for him it was a ‘super useful’ two days, leading to a very interesting and mutually beneficial work placement with REWIND. Here he was working on the innovative Top Gear video,Buckle Up, for the brand’s YouTube channel, an exciting first which put the audience virtually behind the wheel as stunt drivers. With his previous knowledge of multi-camera live filming, Steve was ideally placed to take the lead on a complex 18-camera 360-degree shoot.

It doesn’t sound simple and it wasn’t, as Steve outlines.

‘We had drones, cameras in cars, cameras on set, some camera rigs with 180-210 lenses and some with 360, a shoot that was in part capturing a first-person point of view and in part capturing a third person perspective. Making it even more complicated was the uncontrollable factors - like we had no idea where a car leaping off a ramp at 60 or 65 miles an hour would land!’

It was a steep learning curve. ‘I’ve never been on a shoot that mixes first-person and third-person perspectives and all in 360, so pulling these different elements together was really interesting.’

It was one that reaped huge benefits. ‘I really fell in love with 360 filmmaking because I think it offers a much more personal and emotional response to certain topics.’

But while Steve was the new boy on the team, the project was also about swapping skills, bringing his strengths to the table as well as taking away new learnings.

'In my world of shooting, there are always uncontrollable elements. Stuff always goes wrong on shoots, you just have to fix the problems, come up with solutions.’

‘What I think I brought to the project was the need for pre-production meetings in the process, being meticulous in the planning stages and making sure we were all on the same page with everything... 'In my world of shooting, there are always uncontrollable elements. Stuff always goes wrong on shoots, you just have to fix the problems, come up with solutions.’

Steve’s presence on the project was extremely helpful, according to the team at REWIND, who explain that from their point of view it was a highly successful operation.

'Being able to draw on his vast experience in this area to pull off a big shoot was hugely beneficial; in fact, we could have done with more people like Steve,' said talent acquisition manager Stephen Brown.

‘There was an incredible amount of valuable knowledge exchange, particularly with our producer Aimee Melmoth-Bennett who was a junior producer on Steve's shoot. For us, exposing a producer like Amy, who has been involved in digital and immersive media, and showing them how other productions work was highly valuable.’ 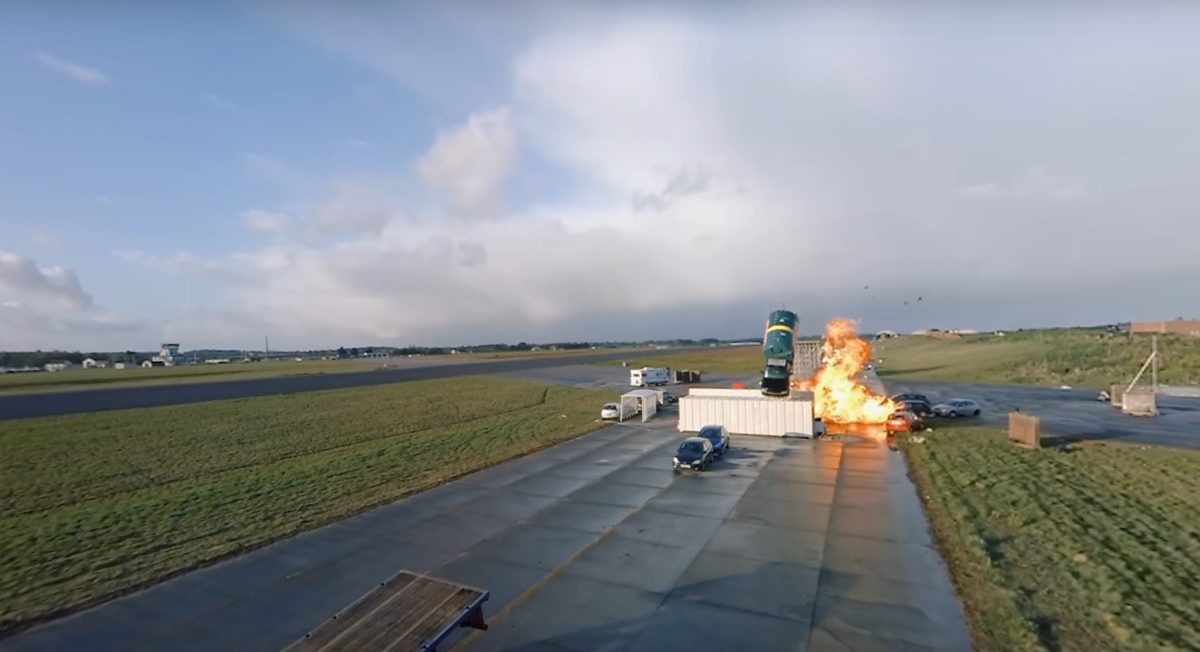 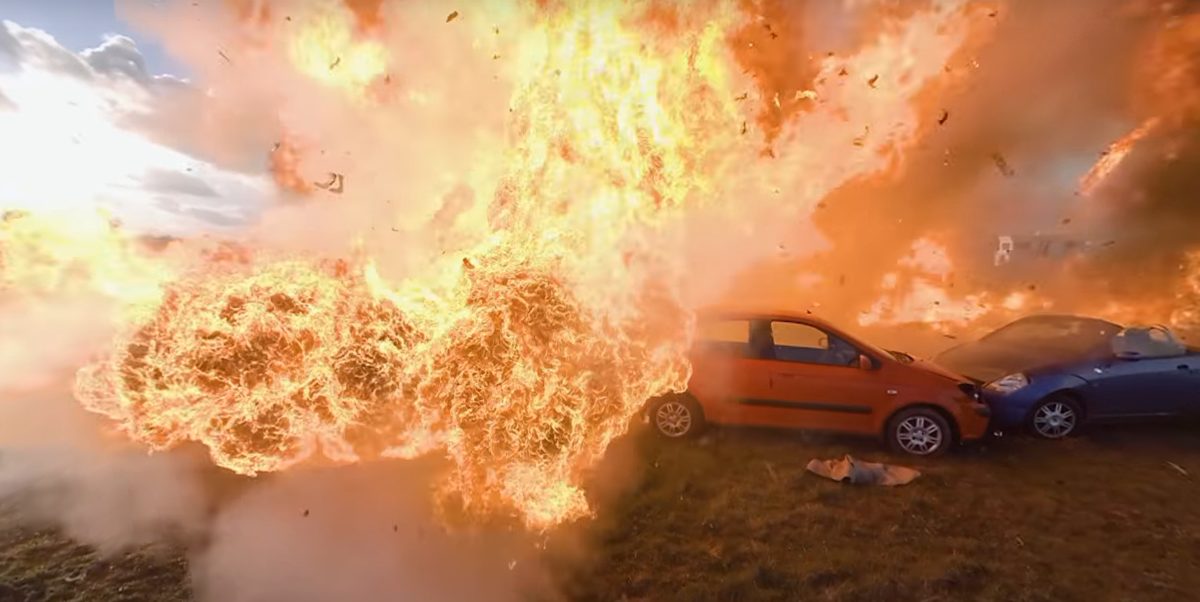 Amy agrees. 'I had never produced a shoot like the scale of the one Steve ran, so I learnt a lot from him, such as how invaluable the prep and pre-production meetings were and how to manage the stresses of a big live shoot. I feel like I understand the process so much more.'

She explains it was a great pairing. ‘I think Steve also learnt a lot about our AR processes, lots of little milestones daily to deliver, iterating as we go.’

Steve testifies to the useful AR skills he gained, working on a project to create a mobile AR menu for restaurants, accessed through QR codes. And while he hasn’t worked directly in immersive technology since completing the placement, he is already applying his new skills to his current roles.

‘My background is as a director and creative director but at REWIND I got the chance to work as a producer as well. At the moment I’m making a series of short documentaries for Sky Arts which involves top level producing, so the experience at REWIND definitely added to my overall skill set which is great.’

And, of course, it also gave him relevant skills to take into the
immersive industry. ‘Now I know how to produce and direct 360VR. I would
say I have a clear understanding of it and all of its complexities.’

For anybody interested in moving into the world of immersive technology, the bootcamp from StoryFutures Academy is extremely helpful says Steve.

‘The talent supply chain will not change, and the industry will not progress unless initiatives like StoryFutures Academy are adopted'

‘If you are interested in getting involved in VR, AR or MR, it's really illuminating, and you meet some really interesting people. This is still quite a small world so it’s good to get to meet the right contacts. If you have a passion for VR, then it's certainly a fantastic starting point.’

A fantastic starting point, both for practitioners and the industry, agrees Sol Rogers, CEO and founder of REWIND.

‘The talent supply chain will not change, and the industry will not progress unless initiatives like StoryFutures Academy are adopted' Enabling skilled people from the traditional TV, film and theatre industries to have access to immersive companies and vice versa leads to accelerated learning and development on both sides, plus helps to further cement the UK’s position as a leader in immersive content creation. This cross-sector approach is not only innovative but highly valuable.’

For Top Gear it was ‘something we’ve never done before. The results, as you will see, are smashing!' says Duncan Gray, Commercial Director, Top Gear.